By Michelle Wang and James Fitzpatrick In late 2018 and early 2019, Boeing made headlines around the world with two of its 737 Max 8 aircrafts suffering fatal crashes in less than six months. Countries and airlines responded by grounding that Boeing model. What happened On 29 October 2018, a Lion Air flight bound for Pangkal Pinang, Indonesia crashed into the Java Sea 13 minutes after take-off, killing all 189 passengers and crew. The plane had only begun operating in August,
0 comments 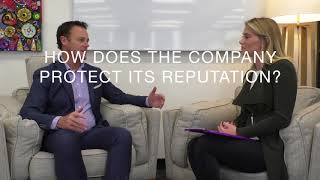 How to manage a crisis #016: How to respond to an executive scandal

By Georgia Comensoli and Allan Briggs In this episode, Georgia interviews Crisis Shield Managing Director, Allan Briggs, asking how companies should respond when one of their executives is embroiled in a scandal. Need on-call support in a crisis? Contact the Crisis Shield team today. #crisiscommunication #reputationmanagement #scandal
0 comments

How Cricket Australia can take control of the ball tampering crisis

By James Fitzpatrick Cricket Australia has plunged into crisis with batsman Cameron Bancroft caught ball-tampering and Captain Steve Smith admitting to colluding in a plan to cheat South Africa in the current Test Series. As a consultant for specialist crisis management firm, Crisis Shield, our team regularly deals with issues that threaten the brand, reputation, and viability of an organisation. The cricketing world will be watching Cricket Australia’s every move and if they
0 comments
Subscribe to monthly summary