Top 10 crises executives are worried about & why

By Alex Liddington-Cox and James Fitzpatrick Crisis can hit from any direction. But chief executives have a keen eye for certain disasters. Crisis Shield has aggregated the latest reports on crises that executives are concerned about. Here’s the top 10. Cyber security Cyber security incidents are the nightmare scenario to executives in Australia and around the world. A breach in the security of an organisation’s systems, networks, and programs can halt day-to-day operations.
0 comments

Crisis Case Study: UBER and the importance of putting pride aside

By Michelle Wang and James Fitzpatrick In September 2017, the UK Government stopped Uber’s license to operate in and around the London city area. Upon hearing the news, Uber’s newly appointed CEO Dara Khosrowshahi addressed Uber employees. Instead of taking the opportunity to scream that the situation was unjust, Dara chose to take a moment to discuss self-reflection. In excerpts of the email sent to employees, he details the potential cost of a bad reputation. “Irrespective
0 comments

By Michelle Wang and James Fitzpatrick As residents of Sydney’s now infamous Opal Tower were hoping to return to their apartments on Boxing Day, the building’s developer was getting a little ahead of himself. Bassam Aflak, director of the building’s developer Ecove, declared the tower was “high-quality” and launched an attack on the “sensational” media. The only reason for the coverage, according to Aflak, was because “it happened over the Christmas break”. What’s followed is
0 comments

By Michelle Wang and James Fitzpatrick It’s one of the world’s largest airlines…with a very large customer database. On September 5, British Airways discovered their database had been hacked, with credit card and personal information from 380,000 British Airways travellers compromised. The pressure was on British Airways to protect their brand and reassure their customers and they nailed it with a transparent and bold response. What happened From August 21 to September 5, a f
0 comments

How to Manage a Crisis Tip #019: How to convey the importance of mental preparation

By Michelle Wang and James Fitzpatrick In high-risk situations, people can experience high levels of stress and fear, which has potentially adverse effects on adaptive risk perception, decision-making and attention needed to implement plans (Reser & Morrissey 2009). It can lead to overlooked threats, longer response times for physical tasks, and a greater number of mistakes. A person who is mentally prepared for crisis can have a general understanding of how an emergency situ
0 comments

The US uses September to highlight preparedness with their National Preparedness Month. Federal agencies release information to companies, community groups and families about their emergency and crisis plans. As we read through the FEMA Bulletin, it’s a timely reminder for us Aussies to reflect and consider an important question: are we prepared for a disaster? Your Checklist Have you got your emergency plans in place? Preparation can be the difference between disaster and re
0 comments

Crisis Case Study: Fake honey, when you shouldn't go on the attack

By Michelle Wang and James Fitzpatrick Recently, some brands were found to have tampered with (or “adulterate”) their honey, mixing in ingredients other than nectar from bees. This scandal has dominated the news headlines in the first week of September because it involves more than one brand who all fall under the same product category. The issue has become so topical that the ACCC has launched an official investigation. It’s also a perfect example for when you should or shou
0 comments

By Georgia Comensoli and Michelle Wang Two people shot, eleven people injured from a shooter opening fire at an online gaming tournament in Jacksonville, America. It’s one of several shootings in the city in nearly as many years. Regardless of what legislation is in place, the best way to keep people safe in public areas is to be prepared. Even with strict gun rules here in Australia, people still illegally access firearms (or other makeshift weapons). Let’s lay out the facts
0 comments

By Georgia Comensoli and James Fitzpatrick Did Optus read Crisis Shield’s latest case study on their coverage? Because we've been impressed by their response. Optus had exclusive rights to this year's Soccer World Cup, sharing only select games with almost 30-year world cup broadcaster, SBS. As previously reported, their coverage hit many road bumps in sensational fashion. Optus came under intense scrutiny from consumers, infuriated by sub-par coverage and ever consistent scr
0 comments

By Georgia Comensoli and James Fitzpatrick Soccer left on the bench in Australian World Cup broadcast failure It’s considered the biggest sporting event in the world but for those lucky enough to live down under, this year’s World Cup coverage has been disappointing. Due to funding cuts, the Soccer World Cup’s usual broadcasters, SBS, were unable to cover all games. Optus jumped in, securing exclusive rights to air many of the games via their mobile app ‘Optus Sport’. What ha
0 comments

How to Manage a Crisis #017: How to use Facial Recognition software to enhance your security

By Georgia Comensoli We’ve seen facial recognition before; introduced by cartoons like the Simpsons and spy films like James Bond. In reality, you can safely assume that Government security agencies are using the technology extensively and we've seen big tech players like Apple roll it out for their latest iPhone models (to enable users to unlock the screen using their face). Homer Simpson cheats the technology in an episode of The Simpsons. As the technology becomes common-p
0 comments

By Elaine Doyle In the USA Columbine school massacre, 13 people were killed and 21 wounded in just 16 minutes - yet it took first responders over 3 hours to find them. Why? First responders were working on outdated floor plans in an attempt to familiarise themselves with the building layouts as the crisis unfolded. Using 360 degree video to digitally map premises provides an immersive experience for the viewer where a more comprehensive situational awareness can be obtained.
0 comments 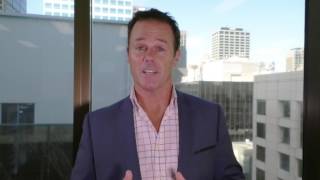 Whilst there is nothing wrong with having an affiliation to an organisation you believe in or wish to support, there's a few things you need to keep in mind. We often see problems arise when celebrity or other endorsements are complicated by either party (usually celebrity) doing something that does not align with company and/or community values. This needs to be very clearly spelt out in the policy and partnership when you put that together. Any public material that makes re
0 comments

The music festival Stereosonic has recently come under considerable fire and scrutiny after multiple deaths, hundreds of drug related arrests and overdoses during the festival this year. In the past 12 months alone there has been 6 festival related deaths in Australia. The question must be asked: are festival organisers competent and skilled enough to deal with a crisis like excessive drug use? Or should they be doing more to combat and aide the police in minimising drug use
0 comments

A Collaborative Crisis Management Plan: lessons from the G20 summit

With the G20 Summit recently taking place in Brisbane, all eyes have been on the Queensland Capital. Brisbane, a city that often takes a back seat to the bigger cities of Sydney and Melbourne, has been catapulted to global fame as world leaders including US President Barack Obama, UK Prime Minister David Cameron, Russian President Vladimir Putin and of course, our own Prime Minister Tony Abbott trickle in for the Summit. Anytime world leaders come together, security and safet
0 comments

Building your goodwill bank by giving

At Briggs Communications, one of the key recommendations we often make to clients is to build their goodwill bank. Your goodwill bank is the foundation of your reputation, based on a number of factors including your presence in the community, ethical business practices, treatment of staff and charitable endeavours. Having a strong goodwill bank can make or break an organisation during a crisis. If an organisation’s goodwill bank is strong, a negative event seems like an anoma
0 comments

Considering the variable in crisis management

This week marked the end of a three week inquiry into the Hazelwood Coal Mine fire. The fire in Victoria’s La Trobe Valley burned for 45 days, costing tax payers $32.5 million. The effects on local residents, many of whom were displaced and may experience ongoing health problems, is not as measurable. Though the findings of the inquiry will not be handed down until August, there is staggering evidence that the fire was handled improperly by GDF Suez, the parent company that o
0 comments

Crisis communication and the importance of a coordinated media approach

On Friday, 23 May, in what is unfortunately becoming more and more common, the world was devastated by the news of another shooting near an American university. Elliot Roger, a 22-year-old student at the University of California’s Santa Barbara campus, killed six and injured thirteen before taking his own life. Like most disasters that are perpetuated by people, the saddest part about the shooting is that it was potentially preventable. Unlike other cases where a mentally il
0 comments

The value of crisis simulations

“Hope for the best, prepare for the worst.” That’s the advice that many of us have given or taken in our own lives. It’s that cautious optimism that causes us to buy life insurance while simultaneously setting aside funds for retirement. For whatever reasons, organisations often haven’t always followed this motto. We’ve seen as countless organisations have crumbled during a crisis that they were ill equipped to handle. What’s generally most frustrating in this situation is wh
0 comments

Crisis communication in a personal tragedy

This week, regardless of their team allegiances, rugby fans are uniting in their concern for Alex McKinnon. The 22-year-old player for the Newcastle Knights was seriously injured during a match that left him with devastating spinal injuries. Following the tackle almost two weeks ago, Alex was put in an induced coma. Fans waited for more information, taking to Twitter with the hashtag #riseforAlex to express their support. Earlier this week, some relief came when it was announ
0 comments
1
2
Subscribe to monthly summary